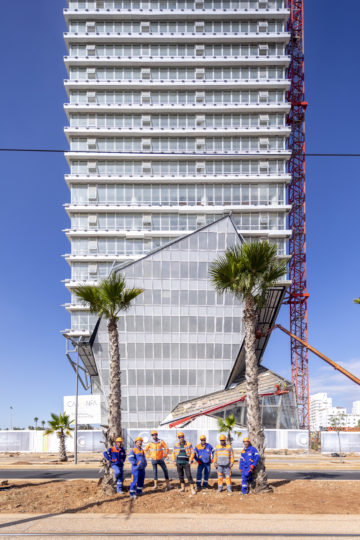 Located on the site of the former Anfa airport, it is the emblem of Casablanca Finance City, destined to become one of the largest economic hubs in Africa.

With its 28 floors and 122 meters high, the Casa Finance City Tower is today considered the tallest building in Casablanca just after the minaret of the Hassan II mosque. The tower is also characterized by its daring diamond-shaped architecture which gives it this futuristic and ultramodern appearance.

Extension of Dar Diyafa in Rabat