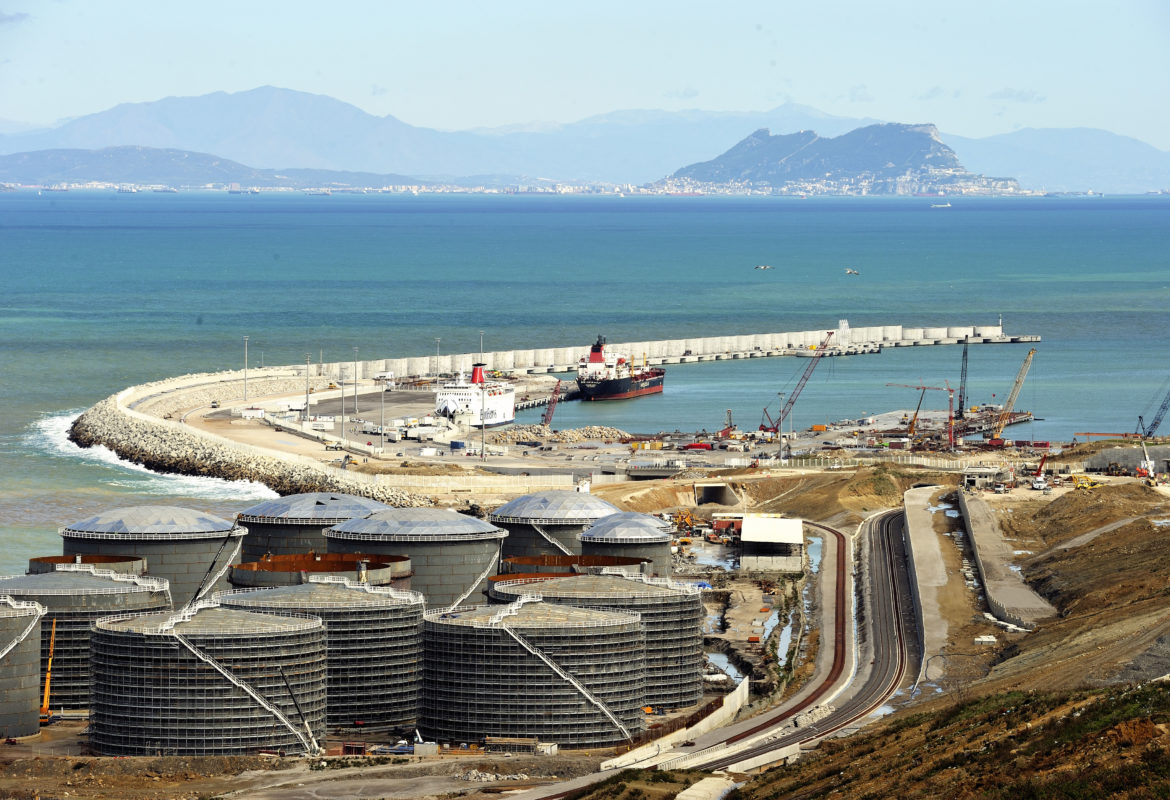 The Mediterranean sea as horizon

In Tangier, barely 14 km from the European continent, commercial trade is in full swing. It should be pointed out that the second-largest economic centre in Morocco after Casablanca has not been affected by the crisis. Industrial activity there is dynamic and diversified: textiles, chemicals, mechanical engineering, metallurgical and naval industries… Morocco’s boom is based in Tangier! The city marks the meeting point between two cultures and two economies, and BYMARO has helped it develop a port to match its commercial ambitions.

And the result reflects this ambition: gigantic! In 2015, the Tangier Med facility will be the largest container port in the Mediterranean and the Afro-Atlantic basin: it will see 8 million containers pass through every year, thus ranking it 12th in the world based on the 2007 ports classification.

Tangier Med 1 port has two seawalls. For BYMARO, the project also included dredging and embankments. Tangier Med 2 port, which is even larger, consists of two seawalls (one 3,800 m long, the other 1,200 m), 2,800 m of quayside, and a logistics platform covering 150 ha. 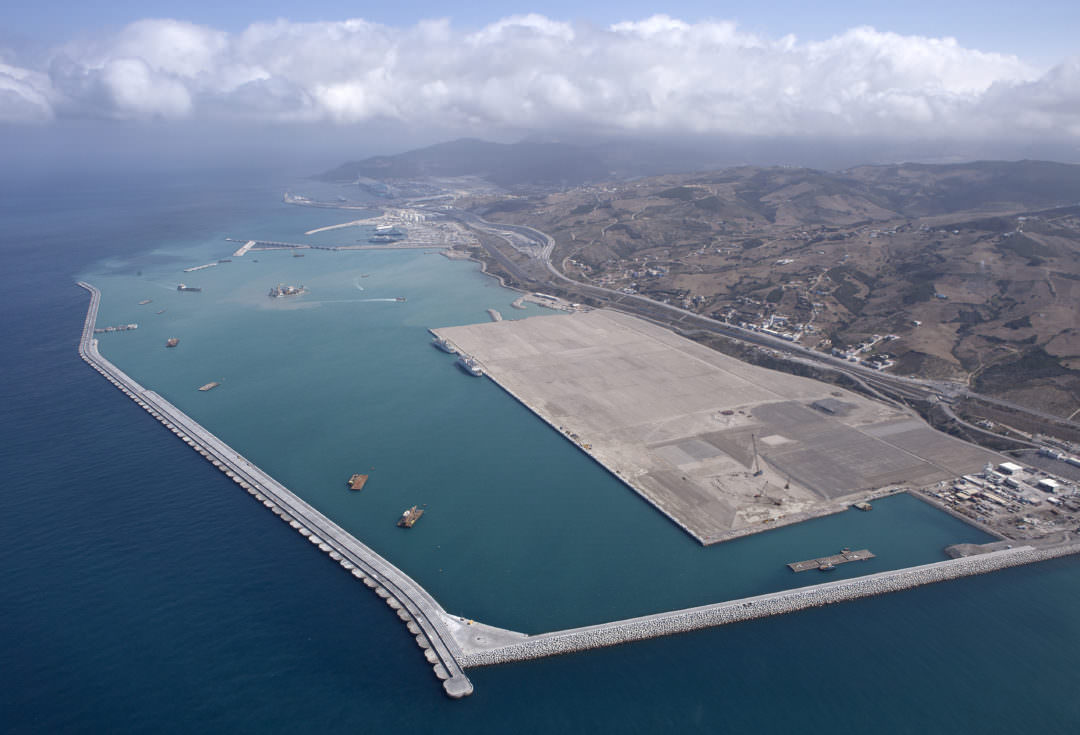 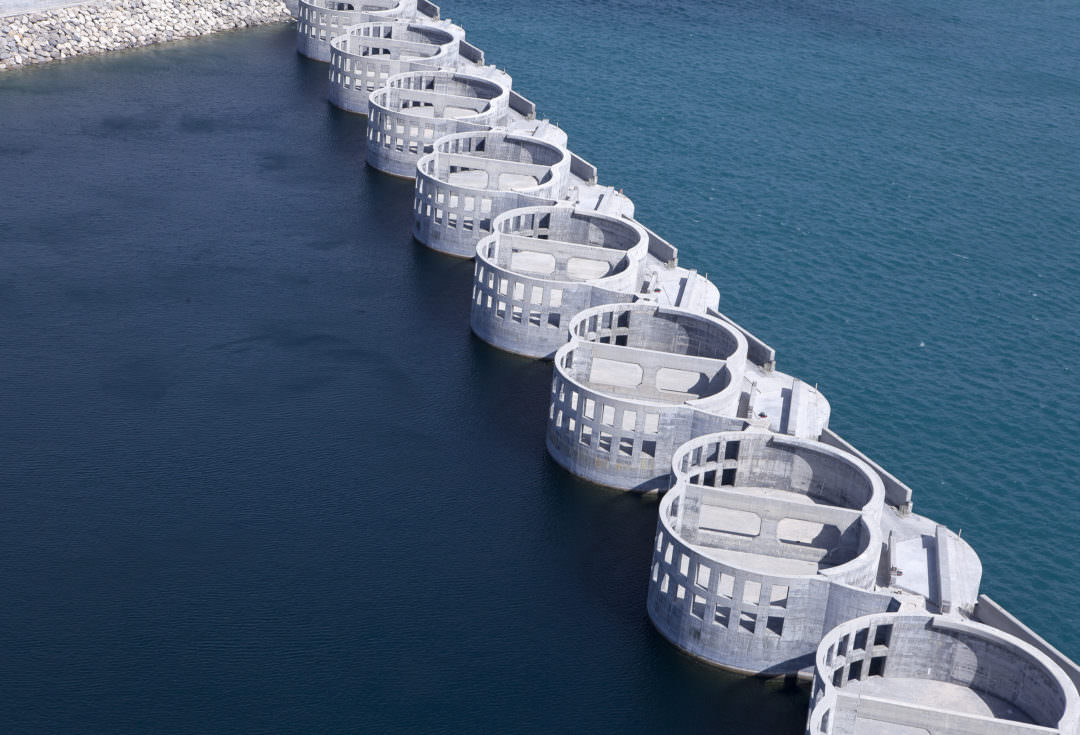 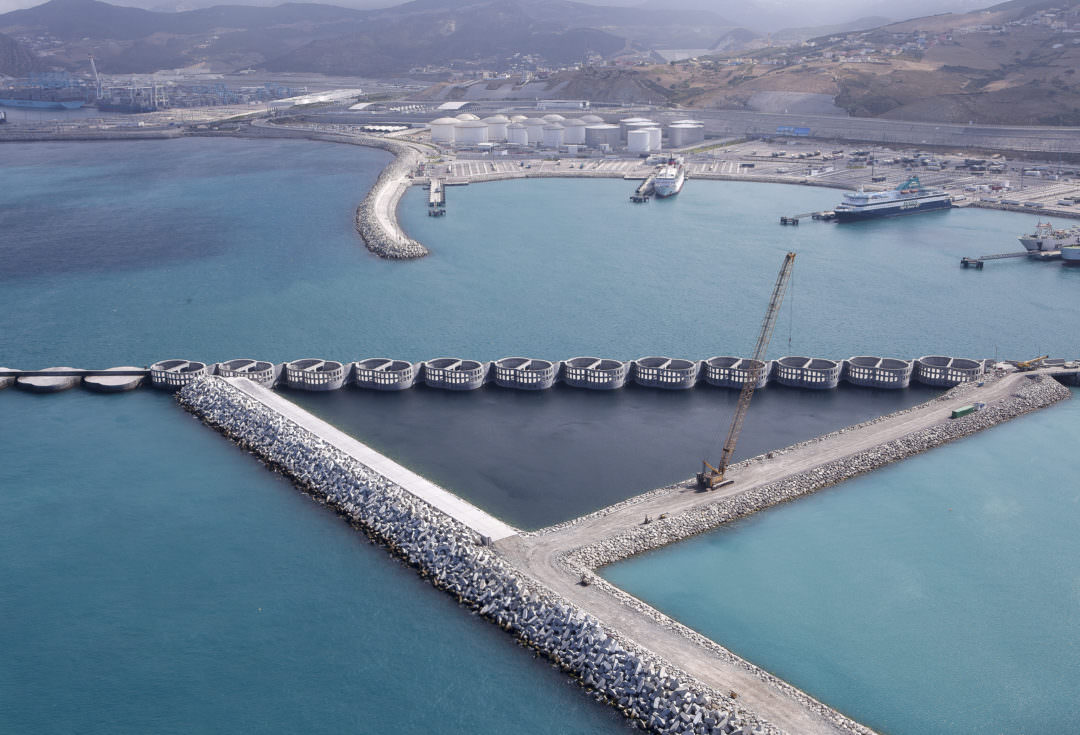 The sea walls for the Tangier Med 2 project comprise 40 caissons each 35 m high, capable of withstanding a once-in-one-hundred-years swell. Each caisson is fitted with a polarised iron band. Mounted a few centimetres inside the caisson, it repels the ions that cause oxidation and corrosion.